Does the signing of Gerrit Cole guarantee another ring for the Yankees? 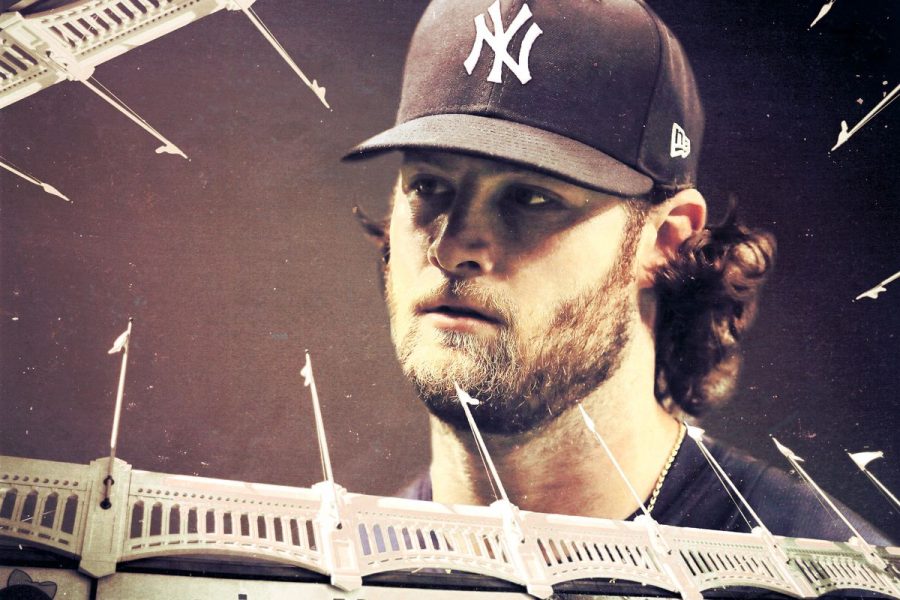 There was an arrogance in the halls of Floral Park Memorial this morning. Anyone who encountered a New York Yankees fan could see it a mile away.

They finally got their man. Gerrit Cole, the ace nearly everyone thought would sign with one of his hometown California teams, is heading to the Bronx.

And based on the reaction of students here at FPM, you might as well print the World Series t-shirts already. Not only did the Yankees secure arguably the most dominant pitcher in baseball, they weakened their dreaded rivals, the Houston Astros, in the process.

We hope to have some thoughts from Shane Palma later in the week (he is in the middle of his first final exam season at the University of Missouri), but for now, Alison Goldberg and Mr. Simone will offer their opinions on the blockbuster free agent contract.

Alison: Well, well, well if it isn’t another year of the Yankees getting what they wanted, and needed. I’m honestly shocked. I had my head set on the fact that Gerrit Cole would get what (I thought) he wanted and land himself somewhere near home. Well, I stand corrected. As I was about to go to bed last night, I received the notification from MLB Insider Jon Heyman. Gerrit Cole and the Yankees have reached an agreement. The deal is worth $324 million over nine years. Here’s my first issue is with this deal, the length. NINE YEARS?? For a 29-year-old pitcher? Really? Seven years was what I was thinking but now it just looks like the Yankees will eventually be dealing with a washed-up pitcher for a few years, of course that is assuming there is no opt out or trade. Next problem, Cole in New York. It was obvious in his Pittsburgh days that Cole was mentally unstable. Since he got moved to Houston, he had seemed to find himself back on his toes. But now that he’s in the big city with a huge media presence, I’m not sure how he’s going to be able to cope. So, we will see how this plays out, because personally, I don’t see Gerrit Cole and New York being a good mix.

Mr. Simone: As a Houston Astro fan, I knew this day was coming. When the team acquired Cole for Colin Moran, Joe Musgrove, Michael Feliz and Jason Martin (not our former principal), I thought someone should call the authorities because grand larceny had just been committed. Surrounded by the best organization for pitchers in all of baseball, it was only a matter of time before Cole matured into the ace he was supposed to be when the Yankees, yes that’s right, the Yankees drafted him in the first round in 2008, only to be rebuffed as he enrolled at UCLA instead. I had hoped the Astros could figure out a way to budget for him, but the deal the Yankees put together was simply too much to match. Cole has been unbelievable for the past two years, as dominant a force on the mound as I have seen recently. Did I want the Astros to resign him? Of course I did. But I changed my mind the night of game 7 of the World Series, a heartbreaking loss. Rather than show support for the team the helped him become the star he was supposed to be, Cole decided to take off his Astros hat and wear one from his agent’s company. As I told every Yankee fan I saw today, enjoy him, he’s yours now. Good luck. Will Cole continue his dominance? I’m sure he will. But I’ll be glad to root for whatever hidden gem the Astros uncover this offseason.